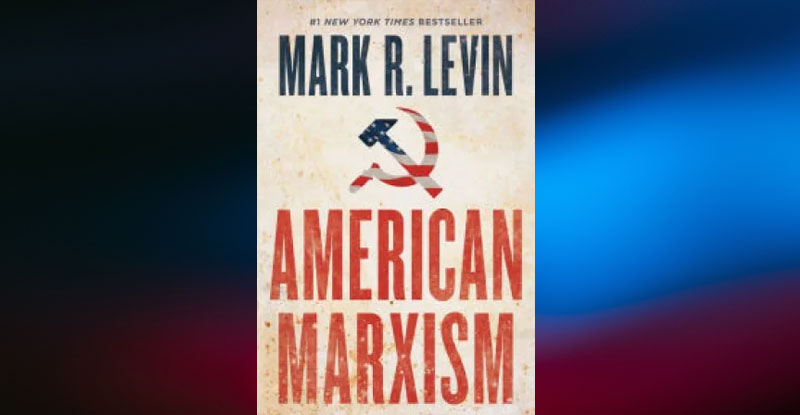 Reviewed by Scott Sturman, USAFA “72
Member of the STARRS Board of Advisors

Robert Ruark’s historical novel Something of Value is set in Kenya in the 1950s during the Mau Mau Revolution. The Kikuyu tribesmen are in open revolt against the British, who subjugated them and destroyed all traditional value systems without replacing it with a system of equal or greater value. Without cultural anchors and a set of behavioral norms life descends into chaos and despair.

Now America is in the throes of a counter revolution, where Marxist oriented revolutionaries intend to discard a society based on liberty and capitalism with one committed to equity, victimization, racial division, and statism. America’s value system is being reinvented and replaced with one that is valueless and non sustainable.

As Alan Bloom pointed out in 1987 in his book The Closing of the American Mind, “The idealism of the American founding has been explained away as mythical, selfishly motivated, and racist.”

Mr. Levin begins by summarizing the threats facing America and recounting current events to bolster his arguments. He constructs his critique of Marxism by identifying its most important paradigm, “…people want to belong to groups, including ethnic, racial, religious, and economic groups. People find identity, commonality, purpose, and even self-worth with such attachments.”

He continues, “(Marx) exploits this instinctively human and psychologically emotional appeal to create passionate and even fanatical adherents and revolutionaries.

This is another characteristic of American Marxism and the Democratic Party.” The book expands this premise, as the author demonstrates how diverse issues such as the economy, education, critical race and gender theories, and climate form a web of interconnected agendas.

The intellectual founders of Marxism, Rousseau, Hegel, and Marx, all believed in the subjugation of the individual to the general will in order to establish radical egalitarianism. Since a person’s self actualization could only be achieved through the state, Hegel endorsed Machiavellian methods to attain this goal, which he described as the “final end.” But as Mr. Levin points out, the final end is never defined and movements predicated on Utopian principles produce totalitarian systems where misery, poverty, and slavery are the norm.

Levin quotes frequently from Eric Hoffer, the longshoreman philosopher and an early critic of mass movements. In his seminal book, The True Believer, Hoffer notes that mass movements on based on deeply flawed individuals with flawed ideas. Adherents typically do not believe in themselves and are angry, gloomy, and hostile toward happy, resourceful individuals. They hold the present in contempt and believe in the perfectibility of man. Thus, the environment only needs be changed to achieve Utopia.

Mass movements discredit existing institutions and creeds to detach them from the people. New doctrines and slogans are provided and made to seem irresistible.

The elimination of capitalism and liberty are the primary of goals of Marxists and its follow-on groups from the Frankfurt School, to the postmodernists, and finally to the legions of critical theories like Critical Race Theory (CRT). The Environment Justice (EJ) or Climate Change movement is no exception, and Levin delves deeply into its strategy and goals, which are based on “degrowth.”

The agenda is so radical that it reminds one of the self destruction of the Ming Dynasty in the 16th century, when its leaders turned inward, forsook progress, and reverted to the distant past. Ayn Rand summarized the goals of this philosophy and its application to EJ:

This recipe for primitivism leads to totalitarian governance – one that Hayek observed as, “a morality that pretends to be able to do something it cannot possibly do and fulfill a knowledge generating and organizational function that is impossible under its own rules and norms.

An example is the Green New Deal, which embodies anti growth, anti technology, anti science, and anti modernity, and renders higher education irrelevant. Its vision is based on the Margarita Declaration of Climate Change, a Marxian wish list for “degrowth” and the EJ movement.

Thomas Sowell points out in his book Quest for Cosmic Justice that Leftist visions are marketed and sold to the public before achieving power so they cannot be judged as unworkable after they are implemented. Pelosi’s “sign first-read later” approach to legislation serves as an example.

Levin devotes a considerable portion of the book to Critical Race Theory (CRT) and duly notes that the theory considers all criticism as illegitimate. CRT is pseudoscience based on victimization, emotional appeals, and separatism, which leads to hate, bigotry, and antagonism.

It is an assault on American history and typified by the 1619 Project, a sham piece of research with no footnotes, bibliography or textual evidence. It is written in the style of Progressive educator John Dewey and Progressive journalist Herbert Croly, who disguised ideology as science. Both recognized the utility of using the classroom to undermine traditional staples of society.

Levin concludes the book with a call to action and an exhortation for all freedom loving Americans to become involved. No one in this battle is peripheral.

Energy and ingenuity are required to win one mind at a time by exposing the counter revolution as corrupt, illegitimate, and an anathema to the great American experiment. The author lists a comprehensive list of solutions and strategies to defeat the menace of American Marxism.

An example of Levin’s call to action transpired when a small group of retired military officers formed STARRS, a group whose primary mission is to educate the public about racism and radicalism in the military. The precipitating event occurred in 2020 in the form of a video published on the United States Air Force Academy Football Team’s Facebook Account that supported Black Lives Matter.

The staff identified themselves not as private citizens but as members of the Academy’s bowl winning football team. The video’s message was confrontational, emotionally charged, and inconsistent with the military’s traditional apolitical role. To no avail, a number of Academy graduates approached the coaching staff and Superintendent, requesting the video be removed, but the request was denied.

To avoid embarrassing the Academy, the future STARRS President along with a number of retired senior officers requested the Air Force Inspector General (IG) to intervene. They accurately contended that the political nature of the videos expressly violated Air Force regulations.

The IG ruled the video was not political and could remain on Facebook. Finally, after nine months the Superintendent removed the video from the Official USAFA Football Facebook Account, although it remains available to the public on YouTube and other Internet sites. Throughout the entirety of this period, he expressed his support for the message contained in the controversial video.

Deeply concerned about CRT’s poisonous effect on the Air Force Academy and the U.S. military, STARRS was born. In May 2021 the organization galvanized around Lt. Colonel Mathew Lohmeier, a 2006 USAFA graduate and member of the Space Force, when he was relieved of his command after publishing the book Irresistible Revolution, which questioned the pervasiveness of Neo Marxist based race and diversity programs in the Air Force.

For alerting the public to the dangers of inculcating CRT doctrine into the military, Lt. Colonel Lohmeier’s commanders punished a hero and denied the Air Force of one of its most talented and promising future leaders.

Ironically, the Air Force Academy administration, which publicly proclaims its commitment to diversity and openness to academic debate, refused to make Irresistible Revolution available in the Academy library, ostensibly due to the controversial nature of the book’s subject matter.

As Levin points out, CRT is being taught at all the United States military academies with willful approval of administrators.

Parents are unaware of these programs and assume faculty members do not harbor or promote Marxist sympathies.

This summer Air Force Academy Basic Cadets received a copy of activist George Takei’s book, They Called Us Enemy. The 200 page comic book is written at the 12 -17 year old reading level and is sanctioned as part of a preferred reading list by the Academy leadership.

The book describes Takei’s childhood experience in a Japanese internment camp during World War II. The author makes no attempt to remain politically neutral and ignores FDR’s role in the establishing the camps while openly equating U.S. border security with the internment facilities.

The Dean of the Faculty is on record extolling the book’s gravity, while in a written statement, the Superintendent described it as “compelling.” During last week’s Acceptance Day Ceremony with cadets, family members, and the general public in attendance, the Dean and a faculty member doubled down on the narrative. They announced continued support of Takei’s book and defended the decision by claiming today’s cadets are more curious than their predecessors.

Without reservation we at STARRS recommend American Marxism.

The book reminds us of our duty to expose the furtive nature of CRT indoctrination at the Academy and the complicit role of influential members of the faculty and administration.

To ensure transparency at the Academy, several members of Congress and a number of anonymous parents and cadets are suing to have the Board of Visitors reinstated.

As Mr. Levin recommends, Freedom of Information Act requests have been submitted to the Academy to better understand processes affecting the institution.

The members of STARRS are staunch defenders of a traditionally enforced Honor Code, and all of us associated with the group are bound in our guiding principles to not lie, cheat, or steal, nor tolerate anyone among us who does.

Our mission is clear: educate the public regarding racism and radicalism in the military.

There is no finer resource for understanding these threats than those described in American Marxism. 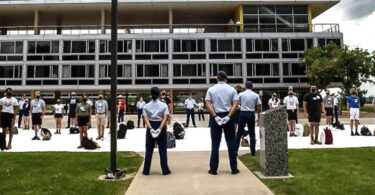 1.  Once USAF Academy candidates accept an appointment offer, they are given an extensive checklist that must... 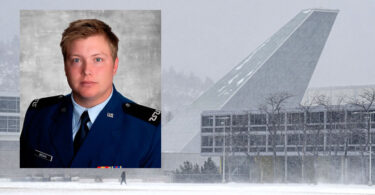 A coroner has determined that Air Force Academy Cadet 3rd Class Hunter Brown died of a blood clot in his... 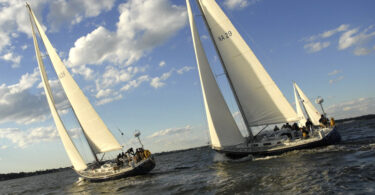 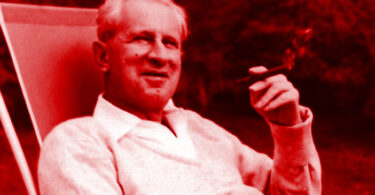 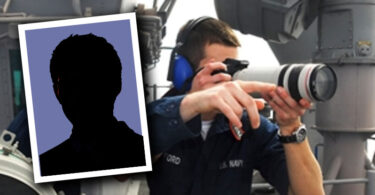 By Claude M. McQuarrie III STARRS Supporter, former US Army Officer It is rare that U.S. Department of... 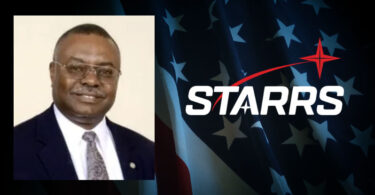 By Ken Battle, CMSgt, USAFR (Ret) STARRS Board of Directors Many black people in this country, including...