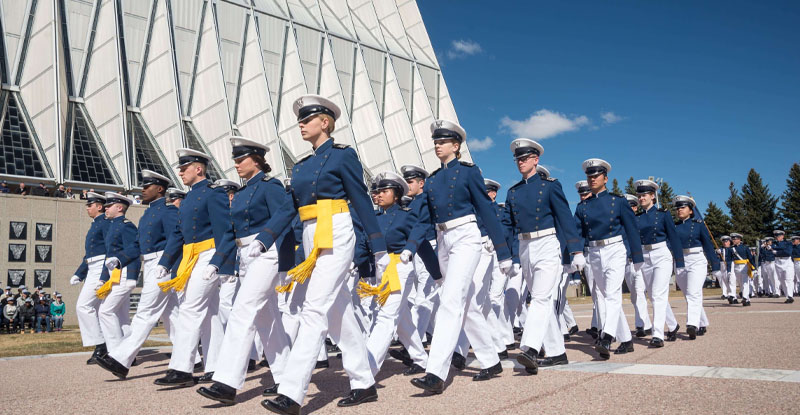 By Scott Sturman
STARRS Board of Advisors member

The Cadet Honor Code; high attrition rates; intense competition in academics, athletics, and military performance; an all-military faculty; the requirement to swear an Oath of Office to the Constitution; and the primary mission to train career military officers — these are the traditional elements that separate a United States Air Force Academy (USAFA) education from its liberal arts counterparts.

Much has changed since the first class graduated in 1959, including the welcome addition of female cadets to the Cadet Wing, but the transition includes an onerous drift toward relaxation of standards, an erosion of the Honor Code, politicization of the educational experience, and a sympathetic view of Critical Race Theory promoted by the Academy’s pervasive Diversity and inclusion Program (D&I).

Last week, talking points from a USAFA-authorized lecture on inclusive language entitled “What Can I Do Now?” were shared with concerned graduates.  The D&I program openly promotes a set of values consistent with the teachings of Critical Race Theory (CRT), where language, syntax, and word definitions are meticulously defined to weaponize communication and support the narrative that racism is inherent and ubiquitous.

Imagine a cadet audience being told they must now communicate in a manner dictated by CRT founders and Marxists Richard Delgado and Derrick Bell.  They must become fluent in a sterile, sexually obsessed language in order to accommodate those who are easily offended and regard common English as a second language.

The Cadet Wing was instructed that the mundane, non-descriptive term “partner” should be used in lieu of “boyfriend” or “girlfriend.”  A nonsensical distinction was made between “people with disabilities” and “the disabled,” and “transgender people” and “transgenders” — subtle, seemingly innocent differences in speech separate the pariah from the woke.

A dubious guideline prohibited the use of the words “mom” and “dad.”  Proper terminology included caregivers and guardians, which give one the impression that one’s parents serve as employees in a nursing home.

Dr. Martin Luther King’s sage remarks regarding a colorless society, where one’s character is more important than skin color, is deemed controversial and unacceptable by USAFA standards.  Cadets were cautioned not to use the word “colorblind” or the expression “I don’t see color” or “we’re all just people.”  Anyone straying from these guidelines is instructed to “model humility.”

Civilian professors constitute a large portion of the USAFA faculty and wield considerable influence over a cadet’s educational experience, now valued at $416,000.  USAFA offers a minor academic degree in D&I — a curious choice for an institution known for its STEM curriculum.  According to Colonel Scott Williams, vice dean of the faculty, 37% of faculty authorizations are civilian, with the number expanding to 42% when including visiting faculty and distinguished chairs.

Controversy erupted when political science professor Lynne Chandler Garcia openly admitted in a Washington Post op-ed that she taught CRT at the Academy.  Despite the Academy administration’s denial of the events, it left many to question whether or not civilian faculty are monitored and why course syllabuses are not available to the public.  Unlike military faculty members, civilian faculty do not take an oath to defend and support the Constitution.

In 2013, USAFA superintendent Lt. Gen. Michael Gould, introduced the D&I Program at the USAFA in accordance with President Obama’s Executive Order 13583, declaring it “a military necessity.”  He went on to add,

[R]ecruiting, retraining, developing, and graduating a diverse cadet corp is as important for Air Force leadership training as it is for the quality of academic education.

His superior officer, Air Force chief of staff General Mark Walsh, lent his support by averring, “The greatest strength of our airmen is their diversity.”

Total applications to the USAFA fell 28% in 2022, and qualified applications amounted to only 54% from the previous year.  The director of admissions, Colonel Arthur Primas, used COVID as a scapegoat, but there are other causes at play.  When asked about D&I’s influence on Academy recruiting, he stated, “This focus has proven a tremendous strength for the U.S. Air Force Academy recruiting.”  Is this controversial program used to achieve equal opportunity, or does it have a more sinister aspect?

Fifty-four years ago, I was one of 1,250 cadets entering the class of 1972.  Four years later, only 754 cadets graduated — an attrition rate of 40% that was consistent with most classes from that era.  The administration recognized that the selection process was inherently imperfect, and it could not predict how candidates would perform under extreme duress.

Although an applicant may appear to be well qualified, it was impossible to discern how he would react to uncompromising expectations and relentless verbal and physical abuse.  The Academy administration sought to exert four years of unremitting pressure to force less committed cadets to resign and forge a bond between classmates who elected to remain.

High graduation rates in a military academy environment indicate a prioritization of the selection process and the current administration’s commitment to establish a system that discourages both voluntary and punitive resignations.  Cadet life, as portrayed in a video produced by an Academy freshman, is considerably less arduous compared to previous times and unrecognizable to past graduates.

The trajectory of the Academy comes as no surprise — falling applications and legitimate concerns about its deviation from the primary mission to train career officers.  It was prophesied in 2013 with the introduction of the D&I program, which has expanded into every aspect of cadet life, including the use of everyday language.

Today’s USAFA seems to have more in common with a liberal arts school with uniforms than a military academy. 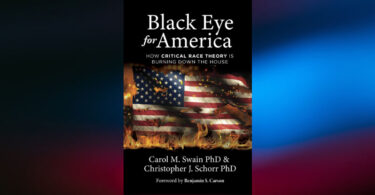 In their book, Black Eye for America: How Critical Race Theory is Burning Down the House, Dr. Carol Swain and... 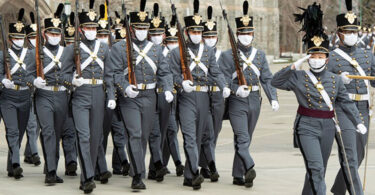 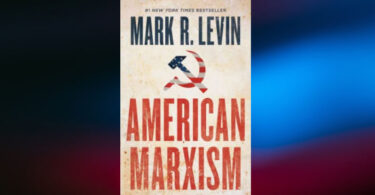 Reviewed by Scott Sturman, USAFA “72 Member of the STARRS Board of Advisors Robert Ruark’s historical... 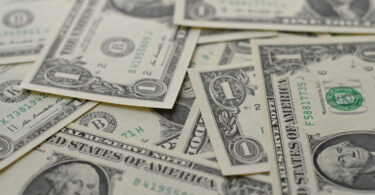 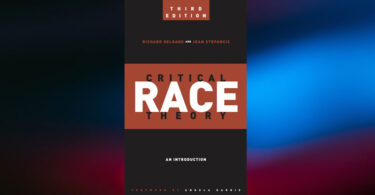 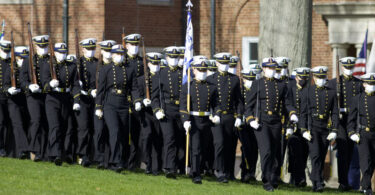 Seven Coast Guard cadets booted in September after commanders denied their vaccine exemption appeals were not...