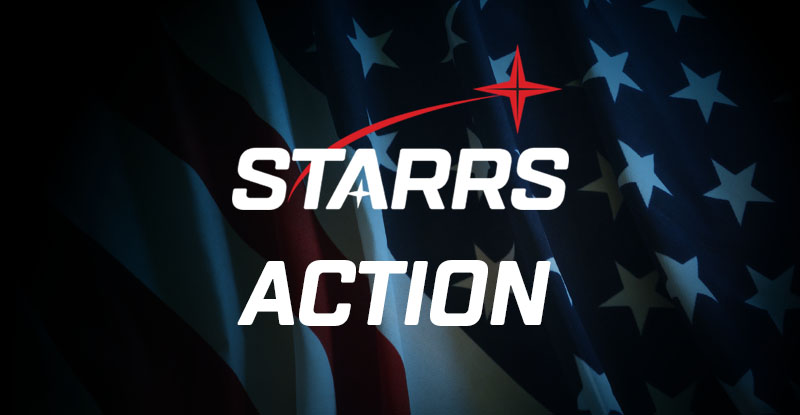 We thank you for expressing interest in STARRS and encourage you to take an active role. Be sure to sign up for our email newsletter to keep informed and consider helping support our mission financially.

STARRS is a predominantly volunteer organization, but we have financial obligations to maintain webpages, subscribe to software, pay travel costs associated with presentations, legal expenses supporting service members fighting adverse actions associated with woke/progressive ideology, and other related matters. Your donations make all this possible and are greatly appreciated!

We encourage you to take an active role in our mission, to include educating your elected representatives at the local, state and national levels, and expressing your concerns.

We also encourage you to educate your fellow citizens by speaking at gatherings, writing editorials for local papers, talking to school boards and encouraging others to join you and STARRS.

Flag Officers 4 America have put together this action plan all of us can do:

Handout of the below (PDF)

Purpose: To put constitutional government back into the hands of “We the People”

How? Citizen involvement at the Local, State, and National levels-emphasis on local grass roots organizations to get involved-then roll these actions into actions at state and federal levels

Political: Get involved with local government

Law enforcement: Insist on the fair, equal, and consistent enforcement of the law; no double standards

Sanctuaries: Vote to have your county, town, city, even state become sanctuary places for 1st and 2d amendment rights to resist efforts from the national or state levels to restrict freedom of speech, religion, assembly, to keep and bear arms, and so on

Script or Letter against teaching of Marxist CRT

The following sample script was developed by Paul Gardiner for a veteran to read when addressing a local school board. Paul recommends that you gather a group of veterans to join you at the meeting. Paul S. Gardiner is a retired US Army Lieutenant Colonel, Vietnam veteran, and member of the American Legion. He is a graduate of the University of North Carolina at Chapel Hill, University of Alabama, and the US Army War College. If you would like to contact Paul for more information you can email him at [email protected].

Good evening, my name is XXXXXXXXXXX, and I am a veteran of the United States (branch of service), living in XXXXXXXXXXX  (county/city). I am here along with many of my fellow veterans to speak to you about Critical Race Theory and how it negatively affects not only the youth of our great nation, but also our national security.

But first, I would like for all my fellow veterans to stand—-(veterans sit down)—thank you.

Much has already been said about the terribly negative affects on young people that result from indoctrinating them with the teachings and doctrines of Critical Race Theory. For those of us who have studied different political ideologies and systems of government, we know that CRT is really neo-Marxist ideology couched in terms of race rather than class struggle.

CRT teaches that there is a continual struggle between the oppressors (white people) and the oppressed (non-whites). Rather than unite Americans of all races into a strong, vibrant nation, CRT strives to divide Americans and keep them divided into different racial groups in conflict with one another. Such teachings and doctrines are definitely anti-American in nature and detrimental to the mental and social development of young Americans.

CRT purposely ignores that the Declaration of Independence states “all men are created equal,” never mentions that we fought a Civil War to abolish slavery 156 years ago, and overlooks the Civil Rights Act of 1964 and other substantial advancements in racial justice and race relations in America.

Publicly, little has been said thus far about the harmful effects on our national defense and security that result from the teachings of CRT. This is an important reason why we veterans feel it is absolutely necessary to address this board.

US military forces rely on unity of purpose and close unit cohesion to achieve the various missions assigned to them. This close cohesion is without regard to race, gender, religion, ethnicity, and so forth. This cohesion is required in all branches of service—Army, Navy, Air Force, Space Force, Marines, and Coast Guard. Anything that undermines this cohesion is a disrupter and must be overcome or else there may be substantial loss of life and other disastrous results.

The teachings of CRT will undoubtedly cause many young people not to serve in the military where they may be called to risk their lives to defend a nation which they have been heavily indoctrinated against. Many young people will ask themselves questions such as:

1) Why would I want to protect America and risk my life for a country that is racist and where white people continually oppress blacks and other minorities?

2) As a black soldier, why would I want to obey orders from a white officer when I know that he/she is just continuing to oppress me?

3) As a white sailor, why should I go help or save a black sailor who despises me as his perceived oppressor?

Our country’s military services will likely suffer greatly from a lack of recruits if Critical Race Theory continues to be drilled into the minds of our nation’s youth. Our national security is at risk.

In summary, we need to end the inclusion of CRT, including its many variants, in our educational process and to immediately cease indoctrinating our nation’s youth. For the sake of our nation’s armed forces, our national security, and the welfare of America’s youth, Critical Race Theory needs to be immediately removed from student curriculums at all levels of instruction.

Share this information regarding the remaining issues with family, friends and colleagues. Flooding the offices of Senators and Representatives with requests to correct these shortfalls will go a long way in rectifying the situation! Feel free to use the following in your communication to your elected representatives:

Fiscal Year 2023 National Defense Authorization Act (NDAA) was recently enacted into federal law, and while I welcome the NDAA provisions terminating the COVID-19 mandate for military personnel, this NDAA falls short of restoring those military members impacted to their former statuses.

Thus I implore you to sponsor and/or support legislation to implement two key, related provisions to: 1) clarify the scope of the termination of the COVID mandate so that it covers National Guard and Reserve forces in addition to regular forces – this measure would not be required but for the U.S. Army’s recently announced, highly controversial position that these NDAA provisions do not apply to the Army National Guard or Army Reserve and that the mandate will continue to apply to these augmenting forces (ref HQDA FRAGO 35 to EXORD 225-21); and 2) provide a path for reinstatement of all service members whose exemption requests were denied, as well as excising any COVID-mandate-related unfavorable actions from affected personnel records, so that these members may resume their careers without fears of lingering adverse administrative impacts.

Many military members’ careers were put on hold, threatened and/or terminated due to their good-faith objections over and requests for exemptions from taking the Emergency Use Authorization (EUA) COVID vaccine. These members were – and are – patriotic countrymen dedicated to serving their country. Further, these well-trained individuals – a great many of whom having extensive, irreplaceable combat experience – have earned the gratitude of their nation for their honorable service. At the very least, this gratitude should extend to providing them the same rights and privileges as those owed to all other military members who have honorably served. You have an opportunity to right these wrongs by stepping up to the plate to act on behalf of these courageous members. I earnestly hope that you do – for their sake.

I close by reiterating my heartfelt request that you act on my behalf as well as that of these fine individuals to fulfill the full intent and scope of the NDAA’s COVID-mandate-termination provisions, so that these provisions will apply to all military members impacted by this wrongful mandate, and so that these patriotic countrymen can continue to serve in good standing without the shadows of the now-demised COVID mandate haunting their careers.

Many STARRS members and other grads have been contacting the USAFA Superintendent and the AOG about the infiltration of CRT tenets into cadet education and training. If you would like to voice your opinion on this matter, here is a mailing address to do so: