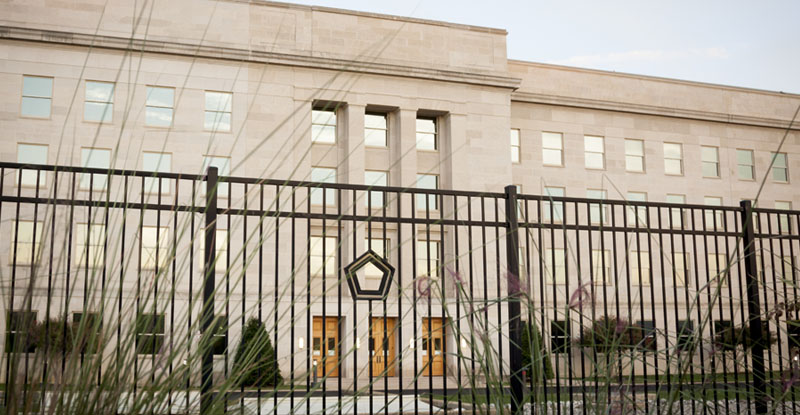 The vast majority of U.S. active duty military members believe the Pentagon has become politicized, according to data obtained exclusively by Breitbart News.

The data, gathered by the National Independent Panel on Military Service and Readiness (NIPMSR), show specific policy areas of concern for active duty military at a time when President Joe Biden’s Pentagon has been criticized by many for conducting social experiments in the ranks of the military, as opposed to focusing on national defense. The NIPMSR was empaneled by Heritage Foundation President Kevin Roberts.

Changing policy allowing unrestricted service of transgender-identifying persons appears to be a major sticking point for active duty military, with 80 percent reporting that the changes have decreased their trust in the military.

Equity-based initiatives like lowering physical fitness standards are also of great concern for active duty, as 70 percent saying the reduction of such standards to “even the playing field” lowers their trust in the institution.

The new focus on “climate change as a top national security threat” has also lost the trust of 70 percent of active duty military.

Sixty-nine percent said the inclusion of critical race theory books on the reading list for the Chief of Naval Operations was concerning, while 68 percent said they were concerned about reports of sexual assault.

When broken down by top-selected areas of concern, the highest ranking were an “over emphasis on diversity, equity, and inclusion initiatives,” the reduction of fitness standards, and the military funding abortions.

“It’s more clear than ever that Americans are losing faith in what should be America’s most trusted institution and the current recruitment crisis facing our military is evidence of that,” Waltz said. . . . (read more at Breitbart)

(comments from the article)

“I have 3 teenage boys. 10 years ago I encouraged the oldest to join the Marines because he expressed interest in it. Last year I told them all this isn’t the same Military of old and that being white, straight, male, and Christian they have NO place in America’s military anymore. Someone close to me asked if I was willing do nothing if America was attacked and my reply was that if the enemy comes on American soil, I’ll be there.”

“I was in the artillery from 1968-70. I would have my grandchildren kidnapped before I would let them serve in what passes as an army now.”

“I served in the same Infantry Battalion with my late Dad. We were both career soldiers. My sons are in the military and are now reaching the 20 year mark. My whole life was centered around serving the country like my forefathers did at Kings Mountain during the Revolutionary war. I hope this woke trend can be reversed so my grandchildren can also serve this greatest nation on earth.”

“Who wants to go to a foreign land and fight or die in a war Joe and his appointees started?”

“I’m retired Army, and five years ago I was discouraging people from joining the military. Now I would probably handcuff a friend to a light pole to keep them form entering a recruiting station.”

“I’m a retired Army vet with 27 years of service and if asked by ANY young man or woman if they should go into the military , sadly I would have to say ABSOLUTELY NOT ! It pains me deeply to say that because our Republic is worth saving and the U.S. military is the echelon to protect and fight for it. This rot has to be cleaned out immediately if not sooner. With these D.C. democrat traitors in power I see little to no hope that, that will happen. My hope is that we as a Republic can last the next two years. God save our Republic !”

“I spent 25 years defending a Country that, it turns out, no longer exists. Proud I did it, but it seems like it was all for nothing.”

“Join the military and be forced to be injected with poison. No thanks.”

“As a veteran, I no longer recommend joining our military to any young person. At least not for the present moment.”

“Ditto. Our family of Vets will not be joining the military as long as they have to salute men wearing dresses, along with the rest of the woke nonsense.”

“Count me in. 25 years in the Air Force, and I would be EXTREMELY hesitant to see my kids serve. COMBAT CAPABILITY was the overriding concern during my career. Now? Just look at the transgender mess, forced vaccinations, and the Afghanistan withdrawal debacle to see where DOD’s priorities now lie.”

“The majority of military members don’t THINK the Pentagon has become politicized… they KNOW it for a fact. I’ve got a pair of sons in the Army. Some of the stories they tell me about the woke briefings they have to sit through…”

“I served in the US Navy for thirty years (active and reserve). I loved being in the military; however, I would strongly discourage anyone joining THIS WOKE military. This is not your country’s military. It is the radical Leftist military, which hates Christians and heterosexual males.”

“No way would I recommend joining the Armed Services to anyone today.”

“Of course it’s politicized. I served six years in the USAF(SAC). I convinced my grandchildren to not join the military because of all the woke nonsense.”

“As a veteran I would not advise my son to join I don’t trust the leadership nor their woke policies. I was thinking after watch another Wounded Warrior, DAV commercial that there are so many of those commercials showing such grave injuries I wonder if that is also contributing to lower enlistments. When I joined in 1981 I don’t recall so many commercials often 6 or more an hour.”

“It’s not just the commercials, but even the movies virtually every veteran is riddled with PTSD or is a woman heroine? what’s the incentive for those young men to join up in an organization that clearly doesn’t respect them or want them other than the catch a bullet.”

“When I retired in 1989 the politics and the woosing down of the Air Force was well under way. We now have woke generals and staff and what ever warrior officers we had or have are now gone or silenced. I too used to recommend the military to young folks, but no more. It truly is a tragedy what the politicians have done to our armed forces.”

“I am a veteran and I would not advise anyone to join our military at this point in time. Who would want to serve under Biden or, God forbid, Kamala?”

“If I were 18 and thinking of joining the military I’d renounced my citizenship, move to India, become a citizen & join the Gurkha fighting force. The Democrats have ruined our military, with quite a few RINO’s giving a nod & a wink approval.”

“I spent 21 years in the US Army. It treated me good. I worked some the finest people I have ever met, and had faith in our senior leadership during my time of service. Seeing what I see now, I could not in good conscience recommend anyone to enlist in our military under the current so called leadership.”

“Not since Stalin’s purge and mass murder of the officer staff has a nation done more to destroy its fighting force than the clot shot attack on our military.”

“When I was a recruit in ’71 while in boot camp I remember a trainee getting dressed down by a DI and told “This United States Army is NOT a gawd [email protected] social experiment”….(can’t recall what triggered it). Bet he is spinning in his grave, because it sure as hell is now.”

“I did my 20 years and retired. However, these day, there is no way I’d recommend military service to the 1% of kids that now qualify for it.”

“Ret. Army Nurse 1984-2009.. Ronald Reagan to Barack Hussein Obama. The woke crap that accelerated under Clinton to Obama.. It turns my stomach what’s happening with Biden and friends.. I would advise my kids or grandkids don’t enlist.. Also public education carries over into the military….scary.”

“Twenty-three Air Force career and retired for 28 years. No way in hell can I recommend a young man or woman join the US military. Find an apprenticeship program or tech school to attend.”

“Retired from the Air Force in 1993. Didn’t regret any of it. Today, I would not recommend joining.”

“For me, it was when the SecAF said the USAF was systemically racist, showed no proof, and the simp GOs, who had commanded in this “racist” military for 20 years, agreed. Not one of those generals resigned for their part in the “systemic racism” though. Then those same lowlifes had the audacity to use words like accountability. To hell with them all. If they want to go down in flames over Ukraine or Taiwan, they can have at it. My kids won’t be there.”

“In 2009 after Obama purged the flag ranks of more than 135 officers, you knew what was coming. Did 23 years and I told my kids to never join the military.”

“It’s no longer the apolitical military the American people can count on. I’m done when I hit my retirement a year from now.”

“I got out of the service when the Clinton BS started, thank God. I could see the writing on the wall. In no way would I encourage my children to join the military today.”

“I would never allow my children to go into the military now. Even though my son was thinking about taking them up on his medical school education. I told him my wife and I would find a way to pay for it. No way is he going into that mess. Not now not ever.”

“One of our dear friends has a son who just passed his medical boards in the Air Force he is of Indian descent. His CO is constantly pushing him to propagandize for the military. So much so that he has become very uncomfortable. He relayed that to my wife and I when he was last home. Prior to last year he was going to re-up. But now he just wants out.”

“I did 22 years in the USAF. I loved my time serving America and the CiCs I served under. Now, I would never urge anyone to join. And although I am way to old to ever serve again, I would never want to serve with the current military with its current so-called leaders.”

“If I were in today’s military I would be asking myself just what exactly am I defending. I am not willing to defend “woke”. 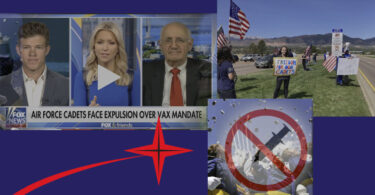 By Tracey Meck, Col, USAF (Ret), STARRS Newsletter and Blog Editor-in-Chief, USAFA ‘87 Over the past week or... 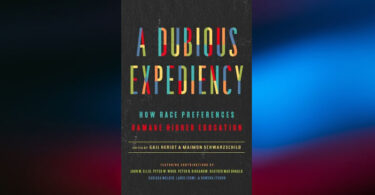 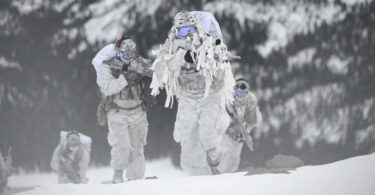 Navy SEALs in a court battle with the Biden administration over its alleged failure to consider their... 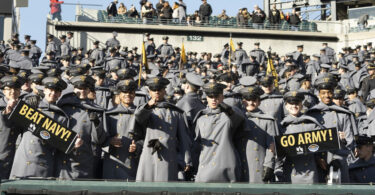 The United States Military Academy is reimposing restrictions on unvaccinated cadets despite the lifting of... 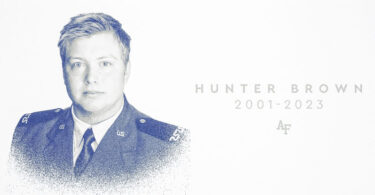